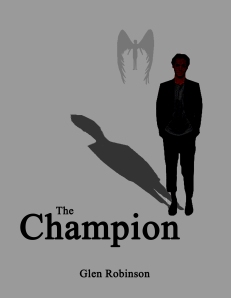 I have wanted to do a graphic novel for a long, long time. Trouble is, I don’t have the money to invest in an illustrator, inker and designer. And as for me, I would have better luck as a jet pilot than as an artist. I paint with words, but I needed someone who could put images together to show what I was talking about.

The issue became even more exascerbated (like that word?) when I started writing The Champion. It was the story of a pastor who became a larger-than-life warrior against evil when his condemnation of an evil corporation led to him being identified as a terrorist. It was prime fodder for a graphic novel. And yet I still didn’t have the wherewithal (another good word!) to put it all together as a graphic novel.

So I followed my traditional path of writing an exciting novel, which became an exciting series of novels. Despite how much I believed in the project, it didn’t fit snugly into any particular genre that a Christian publisher could market, so in the end I realized that I was faced with self publishing my masterpiece. (More on that another time.) In the meantime, I storyboarded an episode of the proposed graphic novel for my own curiousity’s sake. Finally, my son Matt got interested in the project, and we were finally off, like the proverbial herd of turtles.

I have held a theory for a while that one might be able to use photography and then by manipulating those photos in Photoshop, make them ap

propriate for a graphic novel. And so that is the approach that we have taken, and so far, it seems to be working. Of course, we still need to get feedback from would-be readers. The other issue that has come up is because we have regular characters in the story that we will need to use for quite a while, we will be needing to hire actors for photo shoots in weeks and months to come. That makes it a bit more complicated. 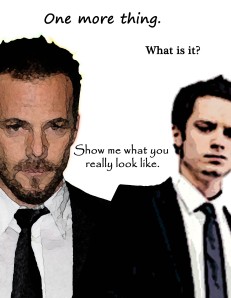 r people. If you would be interested in serving as a test audience, let me know and I will be glad to share what we have with you and get your feedback. As the title states, and as much of my life is these days, this is all one grand experiment. Who knows where this will end up. But we are encouraged so far, and we’d like to share it with you soon.

One thought on “The Graphic Novel Experiment”