I will present the idea that science and faith need each other, and that each can provide Truth in its own way. I also believe, and will communicate, that in the end we will discover that there was no disagreement between science and faith, that all that needed correcting was our incomplete understanding of the Universe.

Some of my Christian friends don’t believe in reading science fiction and feel like I am doing Christianity a disservice when I write it.

Some of my friends who read and write science fiction believe that you can’t serve Christianity and science both; not really.

I disagree with both of them. 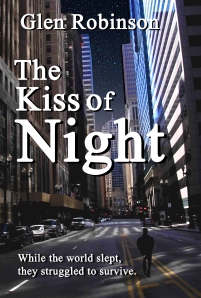 My writing tends to travel on a spectrum, with traditional Christian stories–such as Chosen, the story of the Biblical Jonathan–on one extreme. That’s the book I’m currently working on. On the other extreme are pure science fiction and other speculative tales, such as steampunk. My books The Kiss of Night and Tom Horn vs. The Warlords of Krupp are examples of these. After Chosen, I plan on writing a book on an alien invasion entitled Deal With the Devil. In between Chosen and Devil are many stories that flirt with the border between Christian literature and science fiction. Because in the end, I believe both of these are trying to answer the same questions: Who Am I? Where Am I Going? How Did I Get Here?

As I say in the statement above, science doesn’t have all the answers, and unfortunately, religion doesn’t either. Many Christians believe, as I do, that we don’t have all the answers and may not until we have a chance to ask God face to face. But that’s not a legitimate reason for scientists to stop looking, or for science fiction writers to stop speculating. 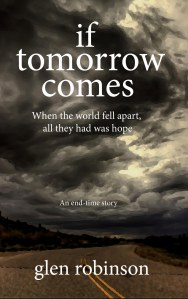 My goal is to get science-based readers to consider that some answers can only be answered through faith, and at the same time to get believers to consider possibilities beyond their own pre-established ideas. One of my first books, If Tomorrow Comes, about the last days of earth’s history, is based on a discussion that I had with a fellow Christian editor. He stated that Jesus could not return tomorrow because certain things had to happen first. My reply was to say, Who are we to tell Jesus what he can or cannot do? Throughout history, God has surprised men time and again. What this tells me is that we need to stop thinking we have everything figured out, and open ourselves up to new possibilities.

That’s my goal. To present new possibilities to both believers and unbelievers.

Maybe we will find a place to meet somewhere in the middle.

2 thoughts on “Meeting In the Middle: #6 in The Great Adventure Manifesto”