Two weeks ago, our University Communication Department took its students on their annual Communication Field Trip in the Dallas-Fort Worth area. This year, just for a change, we included two historical sites: the Sixth Floor Museum that commemorates the assassination of John F. Kennedy and his tenure as president, and the Holocaust Museum, which talks about the millions of civilians who needlessly died in World War II in the Holocaust.

We thought it was appropriate to tie these two historical sites into the rhetoric that surrounds us these days: talk of needing appropriate leadership in Washington, talk of immigration and what should be done about it, talk about who is to blame for America’s problems, and talk of terrorism and Islam. For it’s when we forget what’s happened in the past that we are likely to repeat our own, regrettable actions.

And when I saw what John F. Kennedy contributed in his short three years in office, it made me compare what we have to choose from today. And it made me wonder: What makes the difference in our society? Leaders? Or heroes?

The simple, cop-out answer would be to find someone who is both. Unfortunately, they often aren’t the same thing. You find many people in Washington wanting to be leaders without doing heroic acts. At the same time, you find many Medal of Honor winners who perform their heroic duty and then happily fade into the background.

I asked my class the other day: how does one define each of them? A leader needs people to follow him or her. Obviously, it is someone who has to have a modicum of charisma. You have to be able to present a dream and sell that dream. You have to convince more than one person that you know where you are going and how to get there. At least, that would be my perception of what a leader would be. Unfortunately, modern media has twisted this to the point where the popular leader isn’t the person who has it all figured out, who shows bravery and boldness and is willing to forge ahead in front of the pack. Instead, we see people who spend their time trying to destroy other leaders and destroy any one who would criticize them. This isn’t selling a dream. This is just destroying other people’s dreams. 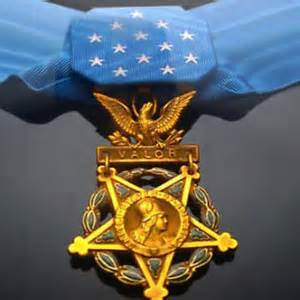 What about heroes? What is there to be heroic about? Obviously, if you throw yourself on a grenade so that others will live, that’s heroic. But what if you’re not in the military? Are there other ways to be heroic? I looked it up, and one of the stipulations that seem to come up time and again is that a hero must be willing to sacrifice something for the good of other people. When you think of it that way, you can probably think of lots of heroes in your life. Pastors, teachers, parents. Friends.

That’s the real test of a hero.