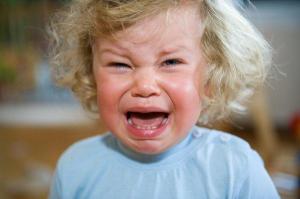 I was successful (well, mostly) in raising a beautiful daughter and a fine son. They are both in their thirties and my son has a family of his own. I have a colleague who raised three daughters. When he saw the challenges I had in raising a teenage son, he said, “I’m glad I have girls and not a son.”

But this blog post isn’t really about being a parent. It’s about being a writer. Sooner or later you are going to discover that some projects seem to come together like peanut butter and jelly, smooth and slick. Others are like chiseling your name in a face of granite with a spoon. It’s tough going. They’re what I call problem children.

Two observations I have from these problem child projects. One, as much labor as I put into them, often much more than I do other projects, I don’t love them any more or any less than the others. Just as I don’t love my son more than I do my daughter, or vice versa. Both put gray hairs on my head, aged me and sent me to the poor house more than once. But I love them, just as I love these book projects.

Two, the amount of work you invest in your projects is NOT directly tied to the response you can plan on getting. In my experience, there’s no correlation between how hard you work on a project and how much readers love or hate it. Projects I slaved over have been overlooked, while others I didn’t spend a lot of time have been loved.

What’s the moral? Have a strong work ethic. Fix the mistakes, not because you expect a great response, but because you feel obligated to yourself to put your very best product out there. After all, it DOES have your name on it.