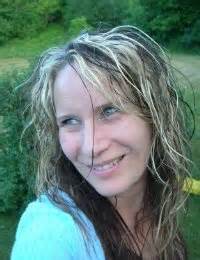 Instead of spending the usual time talking to you about my writing experience, I thought this was a good opportunity to share words from a colleague. I have known Celeste perrino Walker professionally for about 25 years (has it been that long?), and during that time I have constantly been impressed not only by the number of titles she has come out with, but the quality of her work. Celeste recently interviewed me for her blog, and I thought turnabout was fair play. Here is my interview with her:

You’re not alone. I’m constantly losing track, and I wrote them! I’m about to release my 18th, I think. I usually tell people I write inspirational fiction and non-fiction. Within that grouping, I’ve written apocalyptic thrillers and novels about spiritual warfare cheek-and-jowl with books about living a Christian lifestyle. Going forward, I intend to write more of what I call “Indie Christian,” which to me is a little more edgy than your typical Christian novel. It’s a little more honest, a little more real. It might also deal with topics that are a bit more controversial.

I would have to say that my greatest challenge is getting people to respect my work boundaries. Because I work out of my home (practically in the middle of it, actually), it’s difficult to find enough quiet, uninterrupted time to write. I do my best work early in the morning, so I usually roll out of bed and start writing. My family is pretty good about not attempting to engage my attention until I stop writing. Most of the time. But when you work from home, you’re bound to be plagued by interruptions.

I just finished an apocalyptic thriller called The Shaking. I hope to have it out in digital form by September 12 (or sooner) with a print version to follow as soon as I master the process. This is my first independently published work, and I’m very excited about it. When I sat down to write The Shaking, I had a vague idea what I wanted to write about. The book ended up being nothing like I expected. Characters turned up who I thought would be minor and ended up being major, and one got killed without my permission! I wrote it entirely without an outline, which I haven’t done since I started publishing. I think the fact that I could do whatever I wanted since I was releasing it myself freed me up to be more creative than I have since I learned the definition of the word “deadline.” The whole experience was amazing. Since I’ve finished The Shaking now, I’ll move on to the next one in line, which is called Life and Death. I’m actually nearly done with that one, too, so it should be out in the next four months.

Not much, but I’m pretty sure a subject I deal with in The Shaking is going to get me plenty of criticism. The worst I’ve faced so far is people in chatrooms (which I’ve stumbled across searching for something else), letters to the editor of a magazine I’ve written an article for, or bad reviews. Oh, and one time a guy wrote me a nasty letter because I killed off his favorite character. The way I respond is not to respond. I try to obey the verse that says, “Do your best to live at peace with everyone” (Romans 12:18, CEV). And I remind myself that everyone is entitled to their opinion.

Learning to write what God tells me to write. For example, I did not want to write The Shaking precisely for the reason you cited above: I didn’t want to receive criticism and I know, with that book, it’s inevitable. It deals frankly with a subject that is very inflammatory even within Christian circles right now. I dread conflict. I didn’t want anything to do with it, but God pressed me to write that story, and He didn’t leave me alone until I wrote it. But He was also faithful and provided every word. I felt as though, literally, all I had to do was show up every morning and type. But facing the fear of rejection and criticism to show up every morning to write it? That is my greatest victory so far. I hope I have many more of them.

I’ve always said that even if it wasn’t my livelihood, I’d still write. And I would. I know that because I’ve just spent the last six months writing a book I’m planning to release myself with no marketing muscle behind it, no publisher to back it up. And I had to get up early every day to do it. I’ll feel pretty blessed if only my friends and family buy it. But that’s not what motivates me to keep writing. I feel even more strongly than I did when I started writing for publication that writing is my ministry. God called me to share the gospel. That’s why I don’t write secular material. It always stuns me a little to realize that my words have been published in countries I’ve never even visited: the Philippines, Central and South America, Australia, etc. And printed in languages I don’t even speak, such as Portuguese and Spanish. I’m nothing, a nobody. The only reason my writing has gone as far as it has is because God has blessed the messages in it. I think that’s exciting!

It was a fantastic experience. Co-authoring is like getting to read and write a book at the same time. We each had our main characters that we concentrated on, and we passed the book back and forth. I might write ten pages and send it off to Eric and presto! It would come back with another ten pages, pushing the story along. And we only discussed in vague terms where the story was even going, so all the new material was more or less a surprise. It was a lot of fun. Would I ever consider doing it again? Maybe. I think if you can find someone to co-author with who has the same vision as you, it can be very rewarding. I do find, though, that the older I get the more of a control freak I become. I’m not sure I could find anyone who would put up with writing with me!

Personally, I think it would be a great experience to co-author with her, and maybe sometime I will get the opportunity. In the meantime, thanks for sharing with us Celeste. We promise to keep our eyes peeled for The Shaking!

2 thoughts on “The Shaking: An Interview with Celeste perrino Walker, Author”